Serving our neighbors in Harrison and pointing them towards Christ.

Our Mission is to love and serve the Greater Harrison community in Christ’s Name.

Serving our neighbors is how we minister, but it isn’t why we exist. That may sound strange, but if our ministry is only meeting temporary material needs, we are failing as a ministry. All the needs we experience on Earth are temporary, except the need for Christ.

This isn’t to underplay the importance of serving those in need, but to emphasize the need of Christ in our lives.

“I know what it is to be in need, and I know what it is to have plenty. I have learned the secret of being content in any and every situation, whether well fed or hungry, whether living in plenty or in want. I can do all this through him who gives me strength.” Philippians 4:12-13

Material need exists because we live in a broken world full of sinful people. The Bible teaches that “all have sinned and fall short of the glory of God” Romans 3:23.

The Good News is that we can be redeemed through Christ. Jesus defeated Sin and Death on the cross and offers us eternal life through him.

“For here we do not have an enduring city, but we are looking for the city that is to come.” Hebrews 13:14.

Our vision is to glorify Christ and grow His Kingdom in our community.

While everyone might not have a material need, everyone has spiritual need. Part of the vision for this ministry is to make the ways Christ is working in our community more visible to everyone. In many cases, unless you’re in need or actively volunteering, you’ll never see all the different ways God is moving in Harrison. We want to change that.

The Church isn’t a building, but the whole body of believers. “For just as each of us has one body with many members, and these members do not all have the same function, so in Christ we, though many, form one body, and each member belongs to all the others.” Romans 12:4-5.

We believe our function is to serve those in need and we want to connect people with the gift of serving and generosity to those in our community in need. 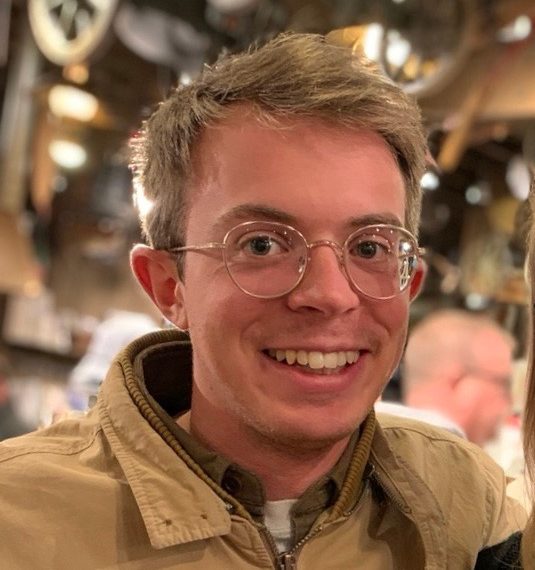 Mark was born and raised in Harrison, Ohio. He moved back to Harrison in 2018 after living in Athens while attending Ohio University where he received his Bachelor of Science in Communications. He then spent the year of 2017 in Knoxville, Tennessee. He scrapped his plans to move to Los Angeles after feeling that the Lord was calling him to move back to Harrison.

Upon moving back to Harrison in January of 2018, Mark quickly got involved with many ministries, including Christ’s Loving Hands. When the former Executive Director decided to retire from the ministry, both she and Mark felt that God was calling him to fulfill His plan and replace her in this position. Mark feels that this is part of the reason God called him to move back to Harrison. 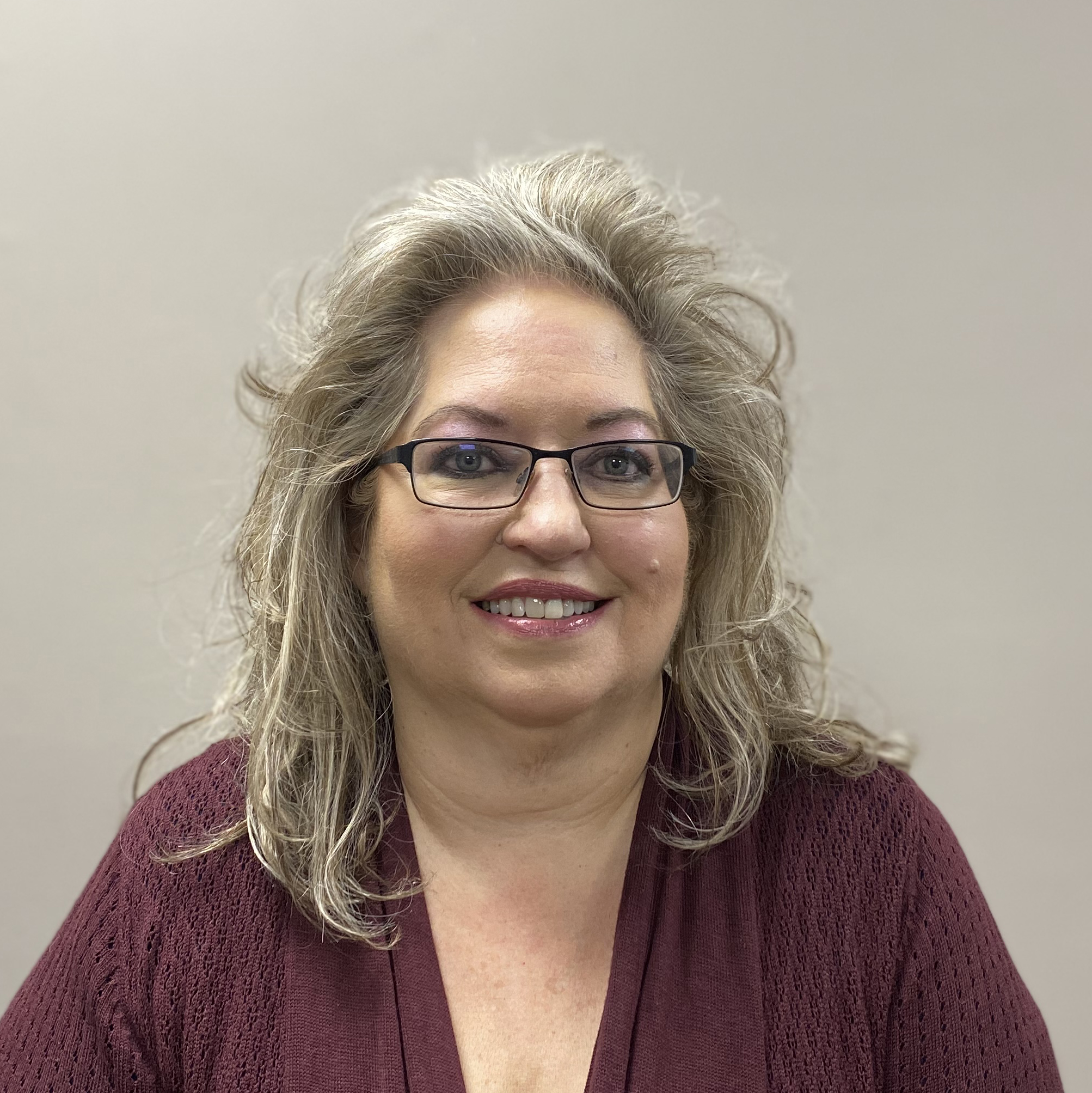 M.J. is a member of NewSong Church in Harrison, OH. She is a lifelong resident of the Harrison area. She is the mother of two grown children and a grandma to two adorable little girls.

M.J. worked as a customer service representative and project coordinator at Trinity Industries for 11 years. As part of a church plant in Hamilton, Ohio, M.J. was involved in children’s ministry and youth outreach programs. She was also a volunteer at New Life Mission.

M.J. joined the ministry in 2001 and volunteered full-time for three years before joining the staff as Clearinghouse Coordinator. She feels that God has placed her in this position to help those in need in our community. 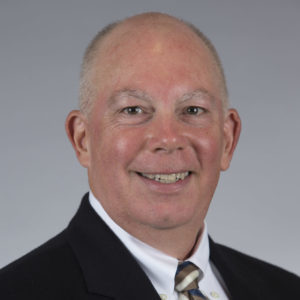 Dr. Kluener practiced dentistry for 45 years in Harrison and is now retired. Larry has a wife, Trish, 2 sons and 4 grandsons.

Dr. Joshua Long is a Presbyterian pastor originally from Ashtabula, OH. He previously served in Hamilton, OH and now serves in Harrison. He loves Jesus, music, reading, history, theology, classic movies, and peanut butter - all to varying degrees (but he loves Jesus best!).

Willisa Redford is the wife of Michael Mains, a Professor at the University of Cincinnati and a Harrison City Council member. They have four adult children - Alex, Josh, Liz, and Zhen. Willisa is a Lead Teacher at Summit Academy, a Christian school in Harrison. Mike and Willisa love to volunteer at their church, ride motorcycles, and take their dog for walks. 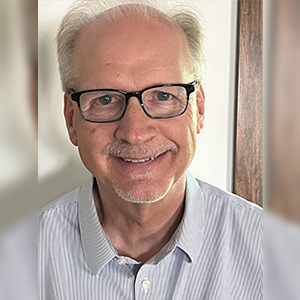 Alan is an attorney located in Harrison, Ohio and has been practicing law for over 30 years. Alan has served as a member of the Board of Christ’s Loving Hands for over 12 years.

Deborah Hannon is the wife of Jason, Associate Pastor at NewSong Church in historic Downtown Harrison, and together they parent four children- Judah, Emmy, Conner, and Patrick. She also works as a nurse recruiter for Health Carousel, a company based out of Norwood, OH. In her spare time, Deborah volunteers for the W.H.H. High School Music Boosters where she holds the office of Vice President (on Friday nights during football season you'll find her working the window of the concession stands), and a few nights a week she spars at the local dojo with Jason and the kids! 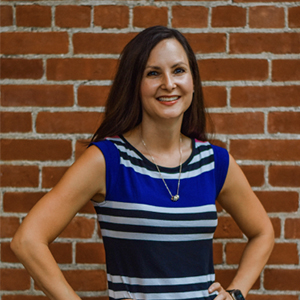 Kelli Emge is a devoted Christ-follower, and wife/helper to Ryan Emge, who is currently renovating Harrison's historic Hugh Campbell House on Weathervane Lane. Kelli and Ryan have lived there since 2019 with their children, Ruth, Rand, Luke, and Rebekah. Kelli also teaches online high school courses, homeschools, and is usually in the kitchen cooking something healthy for family and friends.

Christ’s Loving Hands is only able to help families that live in the Greater Harrison Ohio Area. If you do not live in or around Harrison, Ohio we suggest reaching out to local churches to see if there are any benevolence funds that help in your area.